I signed up for an Amazon Seller account couple of months ago and my plan was to start an entire new Amazon business from scratch. 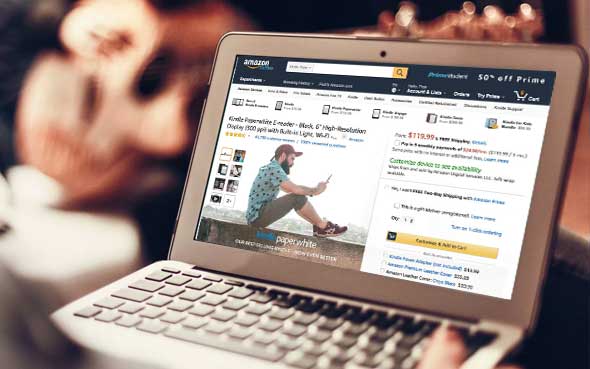 I started imported all kind of phone accessories from China. The profit margins were good and I was actually making pretty good money.

I invested a lot of time and effort into my new business. It felt really good that everything started to pay off.

However, last week everything came crashing down when Amazon sent me an email that my account has been suspended indefinitely.

The reason given by Amazon was that my account seems to be related to another suspended account. I was 100% sure that somebody at Amazon must have made some serious mistake by suspending my seller account. The same day I called up Amazon with the plan to get my seller suspension issue fixed.

To my disbelief when I called Amazon, they confirmed that my seller account suspension has not been a mistake and that the records indicate that my account indeed has been linked to another previously banned account.

I started to think how on earth my Amazon account could have anything to do with another suspended account. I never ever had any other seller accounts in the past. I only had an Amazon buyer account in good standing for the last 12 years. I tried to remember if there could have been anything else that triggered the removal of my selling privileges.

I remember that once I stayed over at a friends house and used his computer to log into my Amazon account. I called up this friend and ask him if he ever had any issues with Amazon
He told me that indeed he had another account suspended last year for selling allegedly Inauthentic items.

Things suddenly started to get more clear. I was shocked that the likely reason Amazon has banned my account is that I used a computer to log in to my seller account which was used with a suspended account from Amazon before.

The real issue is that with Amazon you are guilty even without any proof. If Amazon suspects that you have done something that is in violation of their terms and conditions they will instantly suspend your account even don’t have any proof.

In some cases Amazon gives sellers the chance to prove that they are not guilty in my case, it was virtually impossible to prove that I’m not linked to the banned account. Both Amazon accounts had totally different addresses and names. Even it was clear that the accounts belong to two completely different individuals Amazon still ignored the facts.

I tried to appeal the suspension based on multiple accounts and I got rejected. I did a lot of research online on Amazon suspension cases and I discovered that there are thousands and thousands of people who had exactly the same experience as I did. I also found many appeal service companies who were charging between $200-$600 for the appeal service. In my opinion, the price wasn’t justified for a one or two-page letter which I needed to get my re-instated

I came across an appeal service company in the organic Google search results. They had appeal packages starting at only $27. I thought I would give it a try. I think the reason why those appeal companies are so expensive is because they have to spend for each sale they do around $100-$150 on Google ad words fees.

After I purchased the Amazon appeal package I received an email from BizzExpert.com who asked me to forward the Amazon suspension email as well as any other correspondence I had with Amazon, they told me that they would get back to me within two days.

They actually got back to me the next day and also provided me with customized appeals letter and plan of action. I sent both to Amazon right away and to my disbelief, my account got reinstated within and less four days.

I was really excited to be back in business and also happy that I didn’t had to spend too much money for the appeal service.

How Amazon Destroyed My 60K/Month Business By Banning My Account